DO YOU SUPPORT OR OPPOSE INCREASING NATIONAL INSURANCE TO FUND SOCIAL CARE FOR THE ELDERLY?

This week, the prime minister is reported to have agreed to raising taxes on younger, lower and middle-income earners through National Insurance (NI), going against the Conservative Party 2019 manifesto pledge not to raise taxes until at least 2024.

The Prime Minister is reported to have agreed to a one percentage point rise to NI, currently 12% on some earnings, to clear the NHS backlog and solve the social care crisis. The social care levy is expected to raise an additional £10bn-a-year.

Critics of the proposals have warned that a NI rise would be unfair to younger workers, with younger people already saddled with university fees and high housing costs being asked to fund a service mainly for the elderly. Those over state pension age do not pay NI.

We want politicians to hear from you – do you support or oppose increasing National Insurance to fund social care for the elderly? 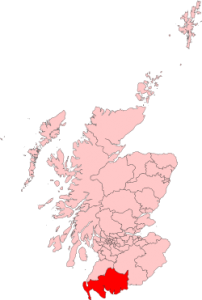 “It’s a tax disproportionately loaded on to younger people and lower-paid workers who have borne the brunt of this recession. Why we would target a tax rise on the groups who have been hardest hit by the economic impact of this pandemic, while exempting older and wealthy individuals, is beyond me.”

“The politics of it is that younger taxpayers who have also suffered quite a lot from the pandemic economically will be paying for social care, which a lot of people who are actually benefiting from that injection of funding won’t be paying for.”

We want politicians to hear from you – do you support or oppose increasing National Insurance to fund social care for the elderly?