DO YOU SUPPORT OR OPPOSE A BAN ON MPs HAVING SECOND JOBS?

It was reported this week that MP and former Chancellor, Sajid Javid, has accepted a job with US bank JP Morgan.

The MP will work as a senior adviser on the bank’s advisory council while sitting as an MP. The bank has not disclosed Mr Javid’s pay or hours, but it is expected that he will be on the same scale as former Prime Minister, Tony Blair, who earned more than £2m a year.

MPs are allowed to take on second jobs. Some have argued that MPs should only serve the people full-time, not banks or investment funds. However, some people have also argued that working in “the real world” keeps members of Parliament grounded in reality.

Politicians should dedicate their full time to their jobs as MPs…Second Jobs, particularly those held by members of the governing party, may also result in some firms which employ MPs gaining undue influence in policymaking. 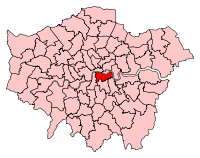 Most politicians earn quite a good living whilst in parliament and do very well regarding a pension compared to most in Society. If they’re doing another job then they are not going to be able to best represent their constituents.

MP’s are elected by the public and paid by the state well above the average wage to represent their local communities. This is a full-time job and more than enough money. How can they take on additional roles? 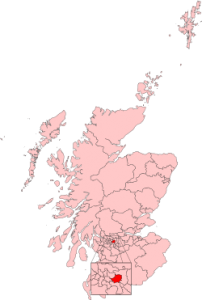 For some reason, they forget their job is to represent their constituents. They seem to have an agenda when they get elected which does not serve the taxpayer well or the environment.

MPs are employed by us to work for us full time if they want a second job then they should be paid by the hour by us for only the hours they are working for us, they get more than enough salary to devote all their working hours to the voters!

They need to concentrate on their job as an MP. How can they do this if they are getting involved in a job that I would say would be quite complexed and time-consuming.

I support the banning in principle, but where they are doing work that is of public benefits such as nursing, doctor and the like. Not banking and certainly not for appearing on TV or for other media purposes. 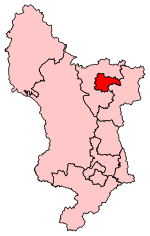 They should concentrate on being an MP and working for their constituents. They earn enough as an MP and the extra perks they can get.

The job of an MP is to represent their constituents in Parliament which means having surgeries to meet them and at the same time do work in Parliament. I can’t see how they can take up another job on top of that unless they prioritise between the two.

Providing outside businesses with information about policy is dubious. MPs get 3x the average salary, we pay them, they should be working for us, full time.

The job they are elected to do is far too important for them to waste time and energy on another job. If they can’t commit, they shouldn’t stand. It also raises issues of conflicts of interest which for many exist without the complications of a second, third or fourth job. 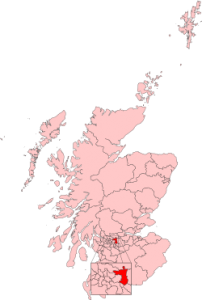 There is no more important job in this country than sitting in the House of Commons. If you are not prepared to give it your all then don’t stand for election.

If they are to do their job as an MP properly they have to devote all their energy and time to doing so. If they argue that they do not need to then they should have a pay cut (pro-rata).

MP’s should concentrate on the job which they were elected to do. This will avoid any conflicts of interest and they, hopefully, can sort out this awful situation in which we find ourselves.

MPs are elected to serve their constituents in Parliament and to hold the Government to account. An MPs job is an exhausting one and it is not possible to be an effective representative of the people if he/she is working at another job.

Being an MP is a privileged job. They should dedicate all their time to serve their constituents. Taking another job shows a lack of respect to those who have put their trust in them to represent them.

They should be working for the community that voted for them. Having another job can cause a conflict of interest and not be available when needed.

Apart from the very few careers where Continuing Professional Education is a necessity to be allowed to continue to be certified/qualified to practise, other careers must be put on hold when someone takes on the very demanding and extremely important role of a constituency MP.

No need for MPs to be involved in employment outside the Commons. Elected by constituency, work for their benefit, not your bank balance.

It’s a massive conflict of interest and needs to stop. They should be using their time to work for us, as they’re paid by us to do.

If they are truly committed to representing their constituency full time as they promise then they should be focused on that with NO other distractions, vested interests or commitments.

I believe if MPs are going to have second jobs to keep themselves grounded in reality it should be jobs that are in public service or low-income role so they are interacting with the society they represent not sitting on a board of a bank.

MPs don’t need another job they get way too much money as it is…They need to be putting more time and effort into their first job as an MP and maybe people would respect them more if they acted better.

Research in 2018 found that nearly 1 in 5 MPs had regular paid work outside Parliament. Paid work can include media work, such as appearing on TV and radio, and writing books or columns. In 2016, Boris Johnson MP was paid around £275,000 a year by the Daily Telegraph. In 2017, Diane Abbott MP received £1,500 for an appearance on the Russell Howard show.

Some MPs also work in medical fields. Maria Caulfield MP has worked shifts as a nurse, with Rosena Allin-Khan MP and Dan Poulter MP also working in the NHS as doctors.